Better luck next time is all we can say...but at least we had a little fun and got busy over the weekend. We were also glad to be able to show support to Project Brave Kids' activities. I took some souvenir photos and have some to share.

Here's my friend, as we prepare our items. 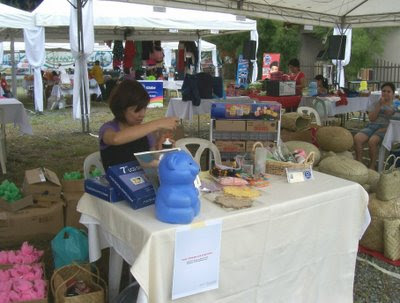 (See the small cabinet where I put the boxes of Cannon thread? I requested any spare cabinet just a few days before, and the people at Coats were so generous in helping me out. They had it delivered last Friday.)

We really did not know what to expect, but was a little disappointed that nothing much happened. Sunday was supposed to be the busier day, but it rained the whole afternoon and evening - no fun :p

I went over the booth of the Habing Buhay moms and was so glad to see their items neatly displayed. They were able to sell several items during the bazaar. 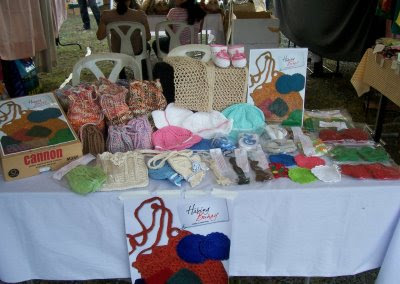 Aside from cell phone cozies, here's what I made a few days before the event:
I intended it to be a pitcher cover, but it can also be used as a doily. The lilac and brown color is Catania cotton and the yellow is two strands Cannon thread. 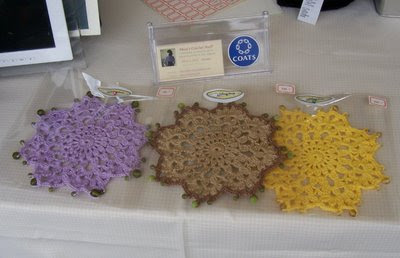 Btw, there were some celebrities who went and entertained the kids and their families, and some who shopped. Ms. Miriam Quiambao was there and we saw her buying some native bags. Our helper asked her for a shot and she graciously obliged.

And here's our own celebrity, Daisy's chihuahua, Sugar. I wasn't able to get a good shot of her at the bazaar, so I got this picture from Daisy's blog. 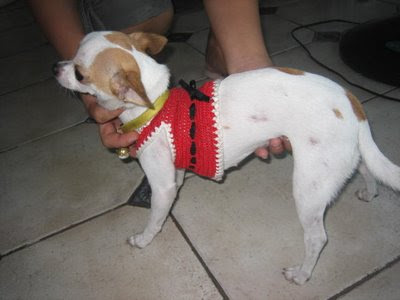 She's wearing a Santa shirt designed and made by Daisy. She has made a few more and is selling it on her Etsy shop.

Lastly, here's my thoughtful son and his g.f. who stopped by to cheer me up :) 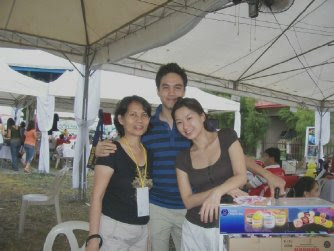 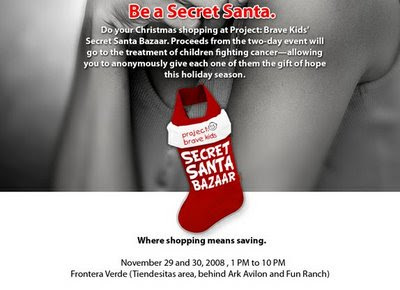 Not much creativity here lately...but just want to post to update my blog and my blog viewers :)
I finished another pair of slippers using my pattern, but won't show a picture yet since its for a private swap ;)

Other than the slippers, the only recent project I'm doing is a black shrug that was ordered from me. It isn't hard to do even in black, since its going to be light and lacy. Here it is, I'm now on the 2nd ball of size 8 Cannon thread. 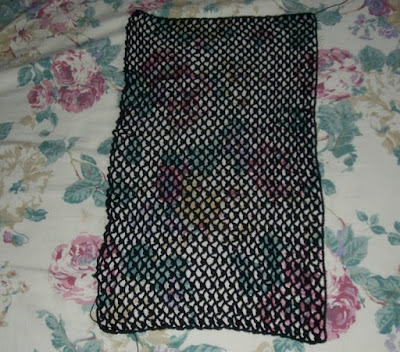 I would also like to show my recent yarn purchase. Not much, but its the first time I bought fromDreams yarn shop in Glorietta. I was fortunate to have been able to visit the store, since I rarely go to Makati. I was also lucky to be able to meet the owner, Ms. Lilli de Leon, though we didn't have much time to talk. When I told her I designed for Coats, she was so glad to meet me in person :) She gave me some discount on the yarns, but honestly I was overwhelmed at all the imported yarns she had on display, that at first I didn't want to buy. I wouldn't really be able to decide which one is practical, and was also in a hurry since my companions are not interested in yarns and are waiting outside :p But I thought, what the heck - I should just buy a few yarns since I'm already there.
So I thought I'd try a different yarn texture, but again played safe with the color.
I had sling bags in mind when I bought these: 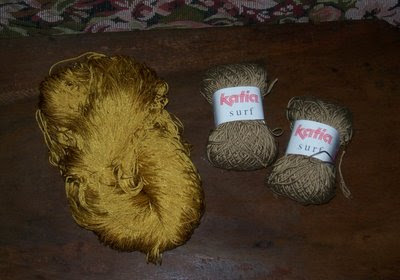 The unlabeled yarn seems nice at first, but back home I did not like it. Also, I wouldn't be able to use it for designing a new pattern. I wound it into two cones the next day, since I know if I kept it in the closet like that, the more I won't want to use it. It was too darn difficult to wind since the yarn was so slippery...but now its ready and waiting to be made into a small bag.

Meanwhile, I also tidied up my craft closet a bit. I then rediscovered a few thread ornaments I made about 15 years ago. These can be made as wedding souvenirs or tree ornaments: 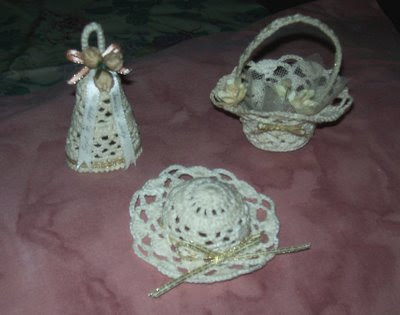 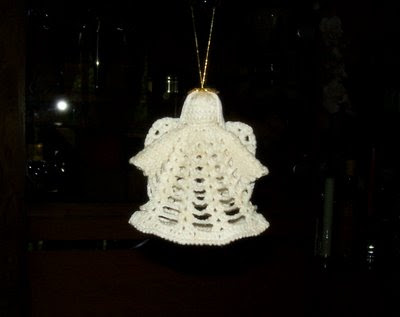