A beret cap with brim 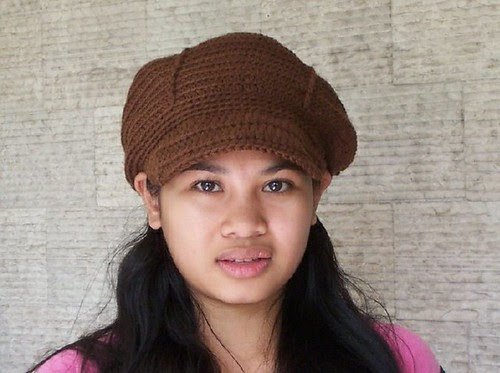 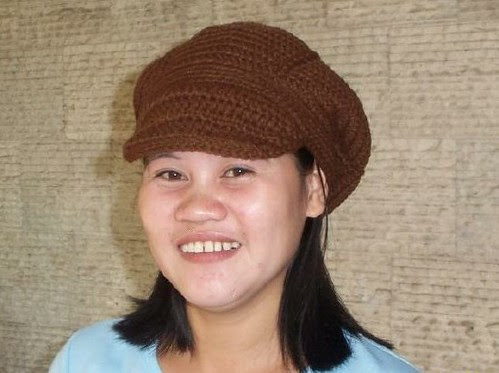 Now here is my own pattern, which I think needs some improvement on the brim part.
If you come up with an improved version, hope you let us know.

Hats made from this pattern:
by Gene in California:
this was made with RHSS WW County Rose using H (5mm) hook 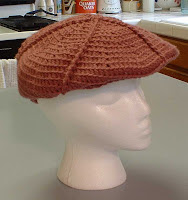 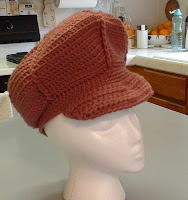 (photos by Gene, more of his projects here)

More photos of finished projects are on my photo gallery. 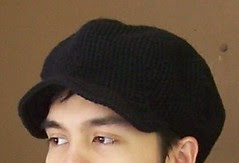 This is made from WW acrylic yarn (approx. 100 gms.) using 5mm hook. The pattern chart is found in this book.

All my designs in one page - thanks to Ravelry!