On my crochet WIPs:
My sack bag is about 20% done, I am calculating how slow I've been working on it...and seems I won't be able to finish it as a Ravelympic project, but I'll try. 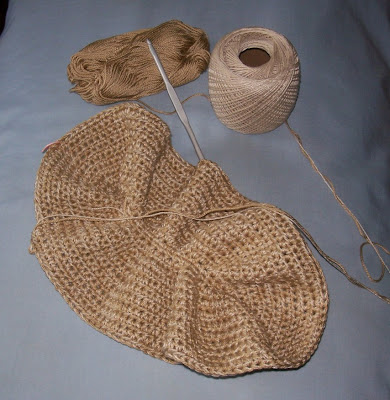 I seem to be more inclined to work on the Nizza tunic. I've already laboriously frogged the old bag project, since I have set my mind to make the tunic in brown. 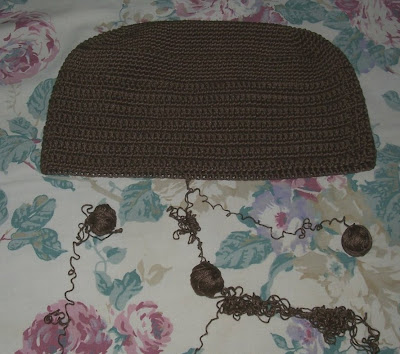 I would surely run out of thread - probably need a total of about 6 balls...but I could easily order some more ;)
I finished rnd 1 or the first round of motifs (15 motifs joined in a circle). The motif only has 3 rounds, so its very easy to memorize. After making the first motif, make the succeeding motifs same way, except connect it to the previous motif. 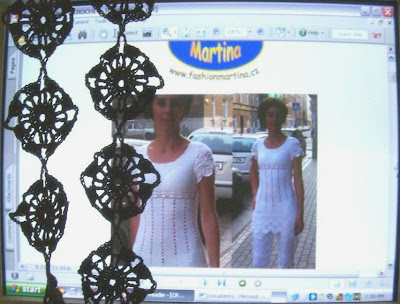 For those of you who want to try making a wearable, or working with thread for the first time, this isn't as hard as you may think. Except maybe for the sewing of the sleeves - which you have to be brave enough to try.
So, if anyone want to crochet along with me let me know...
Posted by Mimi at 10:44 PM